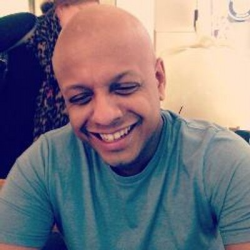 So industry wants us all to believe that the safe harbour for the environment when it comes to the automobile is for all cars to run on battery power. So say goodbye to the awesome sound of a grunting V shaped 6 cylinder engine upwards  and prepare yourself for those less awesome sounding 4 cylinder ones to go soon enough too.

Be prepared to live a life with a car companion that has a somewhat soulless yet fast accelerating electric powered engine. It can whisper you from 0-60mph in Ferrari times and costs barely anything to charge. Great! So now we all get to know what a completely deaf person feels like in a Porsche 911 GT3 and it hasn't spent the kids Christmas money to do it!

We get around Oslo in a very practical estate car which is a plug in hybrid. I hate to admit being a Porsche fanboy that despite it being fairly boring in some ways it is one of the most practical and overall best cars we have ever owned.

Its battery takes us around for 40km which covers most daily journeys but then it switches to a very under powered 1.4 litre engine. In Norway that is not such a big deal as it sounds, on nordic slow paced roads. For many this car is the one you feel content with after many heart breaking or expensive relationships with more exotic cars (sounds like other forms of heart breaks I know!)

The Lure of Going Electric

But it strangely creates a lure to going fully electric in the coming years. When you see the red low battery signal on the dash come to life and that tortoise 1.4 engine desperately clings on to life, it is easy to think "hey why not just go the full hog and get a Tesla or an Audi E-Tron just like the neighbours"

But is Electric ownership all its cracked up to be? What are the arguments for going full electric? Is it really a good option or just an expensive obsession with our bitterness to giving too much of our hard earned cash away to gas stations each month.

So Electric cars are here to save us all from the destruction of the combustion engine we are told. But how true is this. What matters is a products end to end Co2 emissions from production, its lifespan and then its disposal or recycling capacity. However for the driver it is easy to make the argument that they alone are driving an emissions free vehicle. That is very far from the truth in the case of an electric car.

They take a shed load of energy to make, to resource the materials the batteries used to power them are made from. I mean they are super resource intensive. So are most cars but electric cars are super expensive to make in terms of emissions.

One comment I saw on a post the other day while not fact checked at least demonstrated these concerns:

So who are we really kidding when it comes to electric cars. Truth is in Norway it is a social and economic status symbol to drive a full electric car I feel. It is a positive thing and gestures you care about the environment while making you feel you save a lot of money each month on no fuel bills. The later part feels true month to month. But take at look at the overall cost of ownership and  nobody benefits beyond Tesla here I feel!

Lets say we took a loose example like this:

Obviously you make long journeys too but how often? These are just possibilities here and not actuals. But you see my point.

Electric Transport Won't Save Us!

While it certainly will help and be better for our lungs. As the following diagram shows us, climate change will still happen even if Tesla gifted every driver in the world one of its shiny electric cars!

So transportation is usually no more than 18% in most sources you look at. The sector you intend to rely to power your Tesla happens to be the worst contributor to emissions (Electricity 30%!). But hey at least it only costs you £10 a month to run your car. Lets not even get me started on meat eaters.

We definitely still feel the lure of going all electric but right now the numbers don't add up at all. Do I feel we should keep poisoning ourselves with petrol and diesel engines? Nope!  Climate change is real, we are wiping ourselves out gradually. But in my humble opinion electric cars possess the danger of making things a lot worse overall when you add the production load and future load they introduce on electricity networks some of which still use coal fired power stations.  Jury is still out for me on this one clearly. Thanks for reading.

Stay up to date! Get all the latest & greatest posts delivered straight to your inbox
No results found
↑ ↓ Navigate up/down
Enter Go to article
/ Search new term
Esc Close search
You've successfully subscribed to digifol.io
Great! Next, complete checkout for full access to digifol.io
Welcome back! You've successfully signed in
Success! Your account is fully activated, you now have access to all content.